Since its construction in the 1960s, City Hall has been both praised and scorned. In fact, reports say that an onlooker during the initial unveiling of the winning design exclaimed “what the hell is that?” while others gasped. Despite such reactions from the public, the architectural community marveled at the building. In fact, the structure remains to this day perhaps the most well-known example of the architectural style of brutalism.

Either much-loved or much-reviled, it’s hard to deny the importance of the building in Boston’s history. Recent analysis has indicated that City Hall may have heralded in the beginning of Boston’s (re)development boom and encouraged development from the 70s to the 80s and beyond.  It’s possible City Hall can be credited with the beginning of gentrification in various parts of the City.

There are, however, serious structural issues impacting the building and raising doubt as to whether City Hall will survive another generation of mixed reviews. In light of its history and questionable future, the Getty Foundation recently announced a grant to help preserve City Hall.   The Foundation also spoke of the need for additional support, citing “serious issues [which] affect the structure's long-term preservation—from water ingress to inadequate joint support for structural concrete elements”. From the architectural community, tourists, students and natives alike, it’s hard to find someone who doesn’t have a strong opinion on the building. With the Getty Foundation’s support, the City Hall debate can continue . . .  for now.

Take our poll and let us know! 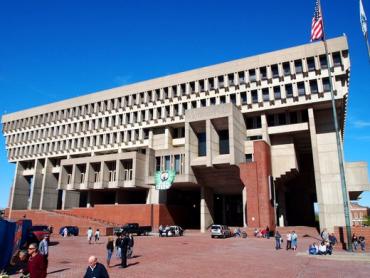